How Your Body Heals After You Quit Smoking 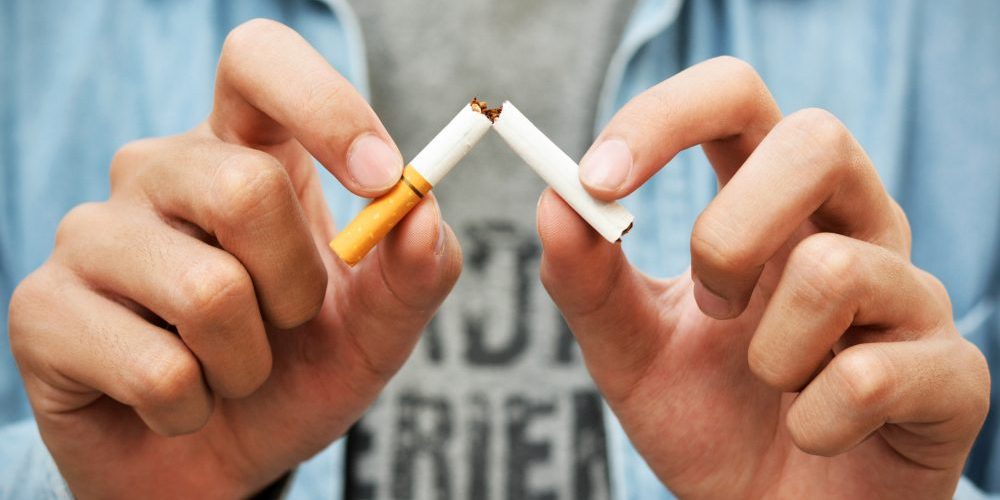 There is a general perception among smokers that any harm caused to the lungs is irreversible, and that’s not entirely true. While you can’t necessarily undo the structural damage, the function of the lungs can improve significantly once cigarettes have been removed from the equation.

According to research published in the journal Respiratory Medicine, people with mild to moderate chronic obstructive pulmonary disease (COPD) can expect to experience a normalization of lung function decline within a year of quitting. What this means is that the rate of decline considered normal with age was no different from someone who had never smoked before.

Even in people with severe COPD, the rate of decline (as measured by the forced expiratory volume in one second, or FEV1) was cut by half after one year of sustained abstinence from smoking.

With that being said, you don’t have to wait a year to start experiencing the benefits of smoking cessation. In fact, the changes will start to occur within minutes, hours, and days of quitting.

Within 24 Hours of Quitting

If you are a heavy smoker, your body will immediately realize when the chain-smoking cycle is broken. This is because tobacco smoke causes the reactive constriction of blood vessels in the body. When the smoke is removed, the constriction will start to cease, resulting in a lower blood pressure, pulse rate, and body temperature.

After eight hours of living smoke-free, the carbon monoxide levels in your blood will also drop, while the blood oxygen levels will start to normalize (meaning that more oxygen is reaching your cells and tissues). By the end of 24 hours, the nicotine in your bloodstream will have dropped by nearly 95 percent.

Within 72 Hours of Quitting

While nicotine withdrawal symptoms are typically at their worst during the first 72 hours of quitting, the anxiety, irritability, and anger will usually peak within 24 to 48 hours and gradually subside from there.

Within 48 hours, your taste and smell receptors will start to heal, shifting from their abnormally flattened state to a more normal, rounded configuration. Damaged nerve cells will also self-repair as the insulating membrane, called myelin, gradually rebuilds itself around exposed nerve endings.

By the end of 72 hours, your body will be 100 percent nicotine-free.

Within the Two Weeks of Quitting

After the first 72 hours, your peak withdrawal symptoms will noticeably subside, although the cigarette cravings can still persist. In the days and weeks that follow, you should start breathing easier as the air sacs in your lungs (alveoli) begin to relax and produce far less mucus.

By the end of two weeks, your cravings will have reduced in their frequency and duration. While they may not feel any less profound—with minutes often seeming like hours—they’ll impact your life far less. By this stage, most ex-smokers will experience no more than two cravings per day.

Within Three Months of Quitting

Over the course of the first few months, you will experience many of the more obvious improvements in lung function.

By week six, most people will have nearly doubled their FEV1. While these improvements may not be as dramatic moving forward, they tend to continue gradually in people with mild to moderate COPD and remain relatively stable for people with severe COPD.

You will also experience improved cardiovascular function and a reduction of inflammatory markers in your blood known as soluble urokinase plasminogen activating receptors (suPAR). A reduction is suPAR corresponds to a generalized reduction in organ damage.

By the end of week six, the withdrawal symptoms (including anger, anxiety, depression, difficulty concentrating, insomnia, and restlessness) will have largely disappeared.

Within Nine Months of Quitting

The three-month mark can a tricky time for ex-smokers. People will often say that they feel a sudden letdown as the physical improvements taper off while the cigarette cravings persist (albeit at a lesser rate).

This doesn’t mean that your health isn’t continuing to improve. In fact, the tiny, finger-like projections in your respiratory tract, called cilia, will have regrown during the first six to nine month, making it easier to clear debris and mucus from your lungs. While this may actually increase coughing, it is more a sign that your lungs are getting stronger and trying to heal themselves.

As a result, you should start feeling more energized and be able to perform daily activities with less shortness of breath and fatigue.

By the End of Year One

By the end of Year One, the rate of decline of lung function will have reached near-normal levels in people with mild to moderate COPD.

By contrast, individuals with severe COPD will often experience a leveling off of their earlier gains or even a slight reversal, according to research from the National Heart and Lung Institute in London. This doesn’t mean that you’re going backward but rather that you need ongoing COPD treatment to further slow the progression of the disease.

Weight gain is another a common concern among ex-smokers, with studies suggesting an average gain of 8.4 percent in women and 6.8 percent in men by the end of the first year. Unless efforts are made to curb eating and increase exercise, additional gains can be expected by the end of 24 months, most notably in women.

Despite these potential setbacks, the benefits of smoking cessation remain inarguable. According to research from the David Geffen School of Medicine, continued abstinence from smoking: